A guidebook to Israel; it is a Biblical Tour or Travel Guide to Israel, Judea and Samaria. The same Creator, who endowed all people with inalienable rights, among which are life, liberty and the pursuit of happiness, endowed the Jewish people with an inalienable land, among which are Judea and Samaria. In fact, Judea and Samaria have been and continue to be at the center of the Jewish history, and we have the whole Tanakh to prove it. Current tour guides call these areas “the West Bank” or “Palestinian Territories”. They will tell you about the final resting place of the arch-terrorist Yasser Arafat in Ramallah, but will not tell you that merely three miles from there, in Beit El, is where the Patriarch Jacob had his dream with the ladder. This is why this book was written. It is the first tour guide exclusively devoted to Judea and Samaria. This guide was originally written in Russian by a group of talented tour guides from the company Guide21, it is now in its third Russian edition. In 1967, Israelis did not purposefully set out to liberate Judea and Samaria, these territories had fallen in their hands as if by miracle. The country’s establishment did not want these lands then and many don’t want them now. They were to be used as a bargaining chip with the Arabs and at best for security reasons. Possession or surrender of these territories defines the character of Israel in the most fundamental way. Will it face its Jewish destiny or will it reduce itself into oblivion? Thankfully, many Israelis choose the former. Today the Jewish population in Judea and Samaria is around 350,000 and in “East Jerusalem” around 250,000. The combined number of 600,000 has a special meaning in Jewish history. This was the number of fighting men among those who left Egypt with Moses, and the number of fighting men among those who entered the Promised Land with Joshua. This was the number of Jews in the British mandate Palestine when the State of Israel was declared. The Vilna Gaon said that redemption will begin when 600,000 Jews live in the Land of Israel. Today, about as many Jews live beyond the “Green Line”, and hopefully the status of these lands will change soon. How is this guide different from all other guides? All other guides tell you how you can go somewhere, this guide tells why you should go there. This is because it is saturated with Biblical quotations tied to the tours. When a passage is read on the exact site of the event, it brings to life both the text and the place. It compresses the centuries and fills a Jewish traveler with ownership of both his history and his land.
Buy Now Read Online | Download 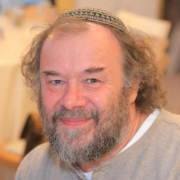